Rick and I would like to extend a sincere “Thank You” to Re-Ride, and co-ordinator, Kerri Burke for her diligence in getting Pistole Petie back to our farm, his forever home. We can’t say enough great things about this organization and the hoops they go through to make sure donated horses get into the right hands. Much care is taken that horses are placed into the proper hands doing whats best for each individual animal. Kerri has been with us each step along the way, from helping to tend to health issues from when Pete was donated, to paperwork to make sure we could show. The Re-Ride organization wants these horses to succeed! It’s honestly amazing! Rick and I were both very skeptical in the beginning, especially when they first contacted us about adopting back a horse we had owned. We weren’t sure it would be as easy as it has been, and what a rewarding feeling to have given a horse a second chance. Many horses have had tons of training, and some may even be highly decorated in the show arena, but have been donated for various reasons. We would not hesitate twice about adopting one of these horses again from Re-Ride. Rick and I highly recommend Re-Ride, and hope you start there first in your search for a new equine partner.

If someone would have told me a year ago that I would be going down the path that I have come to, I would have called them absolutely crazy! Granted, I do show all-around events. However, over fences up until recently, never entered my mind what-so-ever! Not knowing whether or not I had the “right stuff” to make it through a full coarse or not, made me think twice about spending my college money on a maybe. Thanks to you, and Re-Ride, come to find out, that wasn’t necessary. In fact, it worked out for everyone!

I came to the farm on September the 10th, 2019 to meet this giant of a bay gelding. He looked so sad. Sure, you could tell he needed some weight ,and a little TLC, but I couldn’t help but feel like he thought he’d let someone down. So on the drive back home, I made up my mind that I was going to give him the chance to not only have a new purpose, but give me one as well. It’s been quite a while since I’ve been a rookie, and well over a decade since he’d been a junior horse. So, we made plans to make our debut at the Gold Coast in December!

I decided to give him the barn name “Ernest”, because he has the look in his eye that he genuinely appreciates everything that you do for him. Since we picked him up just before the Congress, we didn’t get much time to get to know each other, but it gave him the opportunity to eat a lot, and get healthier, so he could return to the jump arena. That first day in Florida, after Christmas, looking at all of those fences made me a little nervous. Earnest, on the other hand, was litterally smiling. I swear! Long story short, he pointed me in all of the right directions, and we’re already AQHA World Show bound in 2020, in three events!

I can’t thank you enough for making this whole thing possible. I think it’s fantastic that someone has shown an interest in finding the forgotten, or passed over, and have given them an avenue to teach the next generation things, even to someone like me. I’m looking forward to what’s in store for this big guy and I. With Ernest’s help we’ll have our feet off the ground, and our head in the clouds! You’re the Best 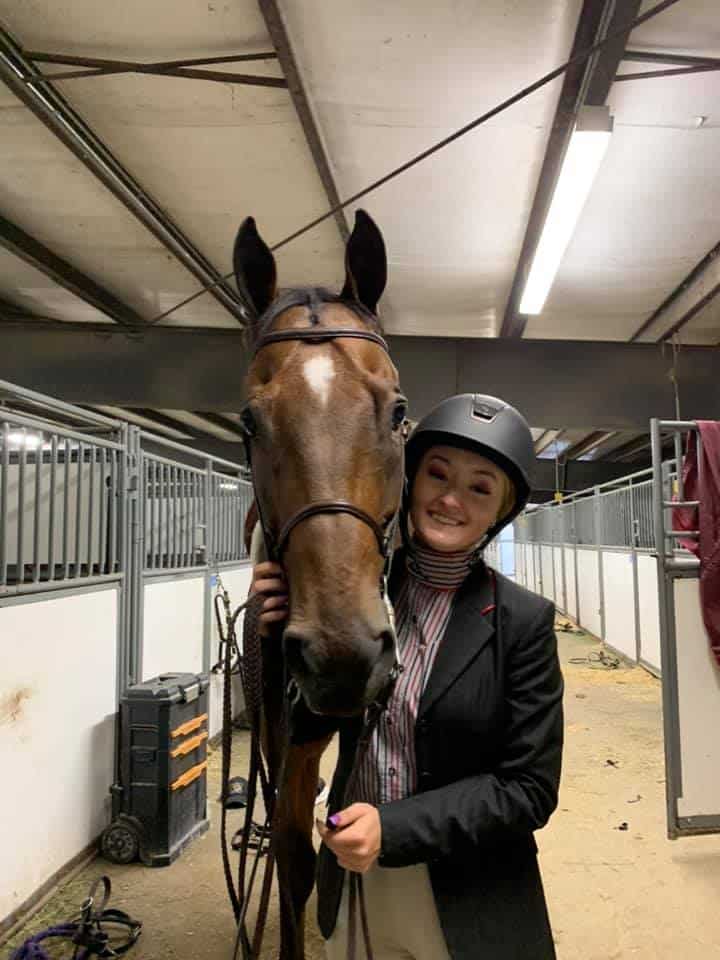 I would like to take a moment to thank a wonderful group of people who have started a rescue program for AQHA horses. Re-Ride has been able to help many horses who needed a new start. We have been able to adopt two of these amazing horses!! I cannot ever thank Re-Ride enough for making this program possible. The people involved go above and beyond to help match you and the perfect horse. Kerri Burke, you are giving these horses a chance to continue on doing something they love, with families who need horses to love. I will always grateful to you and the entire Re-Ride program for helping us adopt some outstanding horses!!

After the Equestrian Aid Foundation helped a horsewoman during her time of need, she decides to launch an equine therapy program for fellow cancer patients and survivors.

2019 ALL AROUND CONGRESS CHAMPIONS

Congratulations to all of the All American Quarter Horse Congress Hi-Point All Around Champions and Reserve Champions!

It was a frigid day in early January when Heather Barr and her daughter, Mindy, made the one hour drive from their family farm in Circleville, Ohio.....